< Back to search results
NIGHTLANDS by Jack MacGregor 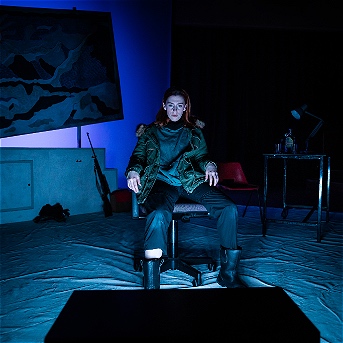 Nightlands is a play about how authoritarianism weaponises nostalgia, about Russia today, a psychological thriller located in the ex-Soviet ghost town of Pyramiden, Svalbard.

Set in 1999, at the dawn of the Putin autocracy, Pyramiden’s caretakers play out a generational and ideological conflict. Sasha (Matthew Zajac) is nostalgic for the collapsed communist past, Slava (Rebecca Wilkie) wants a better future. Their epic struggle rages like the storms of the Polar Night.

From leading Scottish company Dogstar “Don’t miss a chance to see it” The Herald on The Sky Is Safe, Summerhall 2017.

Talking to the Box Office...